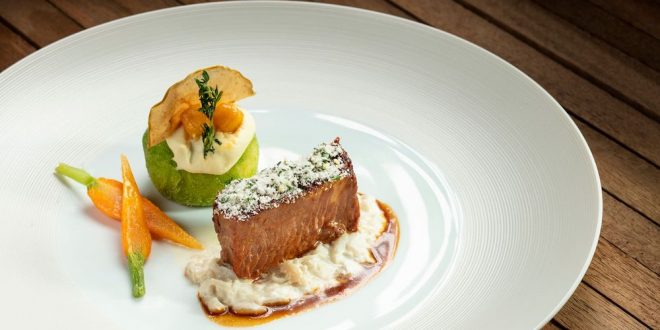 Welcoming Year of the Rat at Grand Hyatt Macau 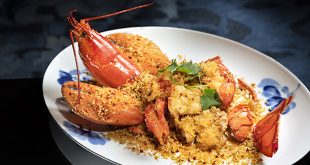 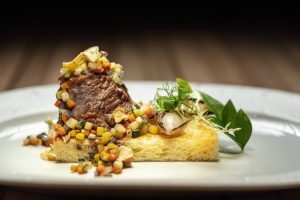 The “Butcher’s Table” runs from July 11 through August 11 and features seven meaty original recipe delights just for Macao. Each night highlights three of his culinary creations: from Authentic Chile con Carne to West Texas Brisket to Hatch New Mexico Enchiladas. And yes, Chef Michael’s culinary roots in the United States with touches of the US South.

But he got his knocks cooking at a Chinese restaurant in the US State of Georgia when he was just 15—adding Chinese language and cooking to his early culinary arsenal. He graduated from Cornell University, spent a semester at Shanghai Teacher’s University, and would later become the Executive Chef at the official residence of the U.S. Ambassador to the People’s Republic of China and was named one of the 100 most influential people in China by Food and Wine Magazine in 2016!

Brought in by his good friend and fellow cook, Executive Chef of JW Marriott Hotel Macau, Chef Marc Cibrowius, the two make a perfect pair—as German-born Marc has cooked as a globe trotter too from Hangzhou to Qingdao to Muscat to Jakarta to Bangkok.

Consider us booked at Urban Kitchen sometime soon this summer.